This is a listing page for Renewable Electricity Companies in your area.

Scroll down to visit RE Contractors in your area.

Some brief information on Renewable Electricity.

In this case, we are talking about generating electricity from renewable sources only. This entails finding some renewable means of driving a turbine for the production of electricity or in the case of solar, the electricity is produced by direct solar rays hitting photovoltaic PV cells.  PV will convert this energy to useful electricity. 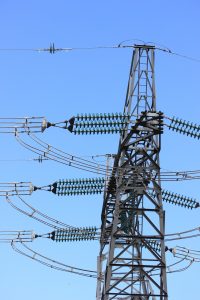 The main types of renewable electricity are derived from wind, the Sun, moving water, steam, or water waves. Technology changes over the past few years have made the production of electricity from renewable sources ever more viable with the payback periods being reduced year after year as these newer technologies become ever more energy efficient. For additional information on opting for green electricity read the Which Guide to switching to green electricity.

Some basic Understanding of Electricity

It is important to understand the rudiments of electricity such as Ohms Law and  frequency if you are seriously thinking about generating your own electricity.

Frequency, for the uninitiated, is the amount of time an event occurs over time. The S.I. unit for frequency is the Hertz (Hz). The Hertz, simply translated, means the number of times an event is repeated every second.

Ohms law is the simplest way to understand the workings of Electricity.

Voltage is sources of energy that can deliver power P (watts) to an electrical appliance or a light bulb which will absorb this energy.  The light bulb converts this electrical power into light. The heater converts this power (watts) into heat energy.

In addition to Ohms law, you will also have to be aware of the frequency of the current being produced by renewable means.

It goes without saying that electricity is a very dangerous source of energy if not handled with extreme caution.